As the world’s population increases, so does its need for energy. It is estimated that the world will need to produce as much as 50% more energy by 2030 to meet demand. In addition, as people become more aware of the environmental impact of fossil fuels, there is an increased interest in renewable sources of energy. One issue with renewable sources is that they are often intermittent and may not be available when needed. This makes them a less reliable source of power than fossil fuels. However, some renewables do have the potential to provide a consistent power supply. For example, a sustainable alternative to coal briquettes is candlenut briquettes made from dried candlenuts which burn hotter and cleaner than charcoal briquettes. Candlenut briquettes are also cost-effective and don’t produce smoke or soot during combustion or require expensive equipment for production. Here are some insights you should consider using candlenut briquettes for your next barbecue!

What is a Candlenut Briquette?

A Candlenut Briquette is a sustainable alternative to coal briquettes made from dried candlenuts. They are cost-effective and don’t produce smoke or soot during combustion or require expensive equipment for production. You can use them in place of charcoal briquettes for your next barbecue.

How does it work?

The process of turning a candlenut into a briquette is fairly simple. You need to gather some dried candlenuts, cut them up, and mix them with a binding agent like rice husk ash or sawdust. The resulting mixture is then dried for days then pressed into blocks that can be used as an alternative fuel.

Why are they eco-friendly?

One of the benefits of candlenuts is that they are a renewable resource. They can be harvested from trees without harming the tree and do not require pesticides or fertilizers to grow as some crops do. They also do not need as much water as other crops, which is important in areas where there is a drought. Candlenut briquettes are more eco-friendly than charcoal briquettes because they produce less smoke and soot during combustion and don’t require expensive equipment for production. These briquettes only emit a small amount of ash that readily decomposes into organic matter, unlike coal which emits large amounts of carbon dioxide gas.

The use of candlenuts also produces minimal toxic emissions, making them safer to manufacture and burn than coal briquettes. In addition, they release more heat per kilogram of fuel burned than charcoal briquettes, which means you use less fuel to cook your food. The high heat generated by these briquettes helps preserve natural flavours in food better than charcoal does, so the food tastes delicious. The Candlenut Briquette is a renewable alternative to traditional charcoal. The briquettes are made from 100% natural ingredients with no additives, which makes them safer for the environment. The briquettes are also more affordable than charcoal, making them an ideal choice for campers and enthusiasts. 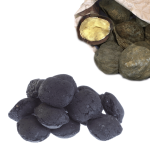 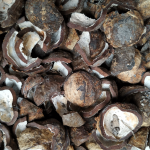 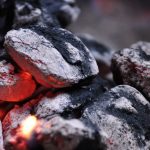 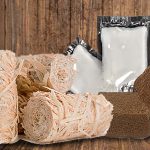 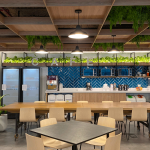 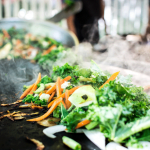 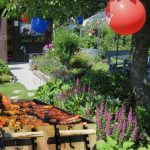 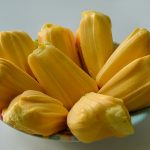 The trend and awareness of vegetarian and vegan food is growing at a rapid pace. Primarily due to the health benefits and the fact that less CO2 emission are released during the production process of vegetable based products, which attract consumers.